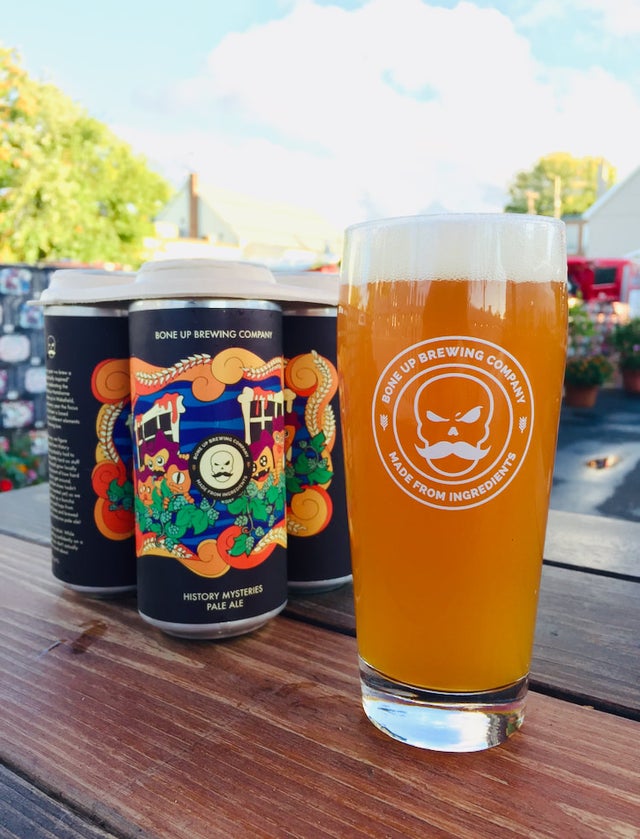 This here's the third beer we've brewed in honor of the illustrious Hartshorne House up in Wakefield (whose caretaker is our very own Bubs) and we like to make "historically inspired" beers for this ol' house, but it turns out we're kinda scrapin' the bottom of the barrel on that front because we only know two historical beer facts and one of them is made up. Anyway, we figure people from History Times probably had to focus pretty hard on stuff that would grow locally (on account of how hard it was to get around, given that shoes hadn't been invented yet) so we grabbed up a buncha grains and hops from some of our locally-sourced friends (including some suppliers from New York, which actually does have a lot of historical importance in terms of growing beer ingredients) and brewed up this tasty-ass pale ale!

As an "added bonus," we're bringin' the focus of this beer on around to New-York-grown CTZ (which is alternately referred to as Columbus. Or Tomahawk. Or Zeus, as there are three competing Official Names for this hop), which may not have been a big part of colonial tipple as it's only been around since the 70's, but it's been a big ol' part of new-skool beer history so no need to split hairs - it's tasty and the beer is hella good and that's what really matters.