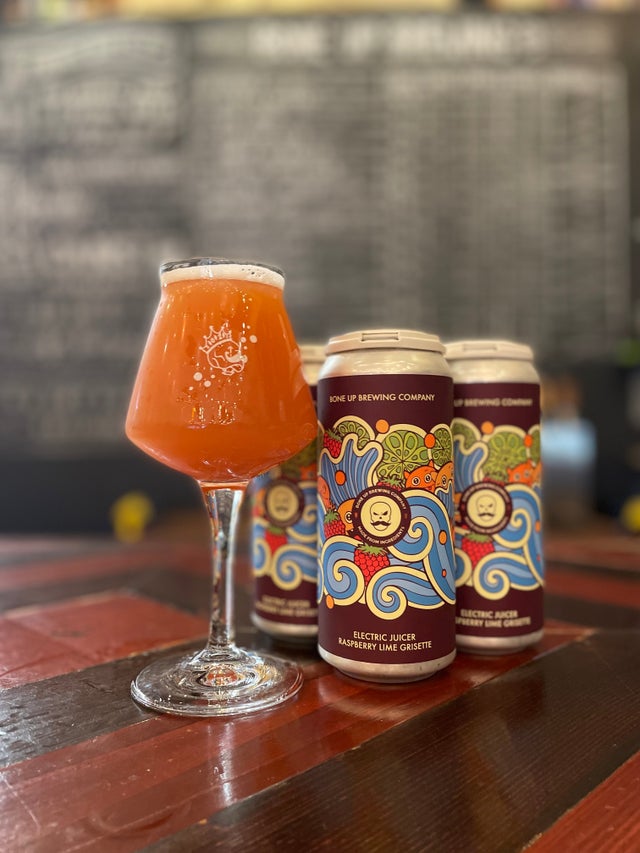 Fun fact! We know The Electric Heaters because they were listed on a poster that we had hung on our taproom wall (the poster was from a show that also included The Weisstronauts). Fun fact! The Electric Heaters play some pretty rad surf rock and we're pretty sure you're gonna like it. Fun fact! This beer has been scientifically engineered to pair perfectly with surf rock. Studies have shown that the effect is increased if you have snacks nearby.  Fun idea! Let's drink some beer and listen to The Electric Heaters and maybe eat snacks.

Sold Out
Add to Cart