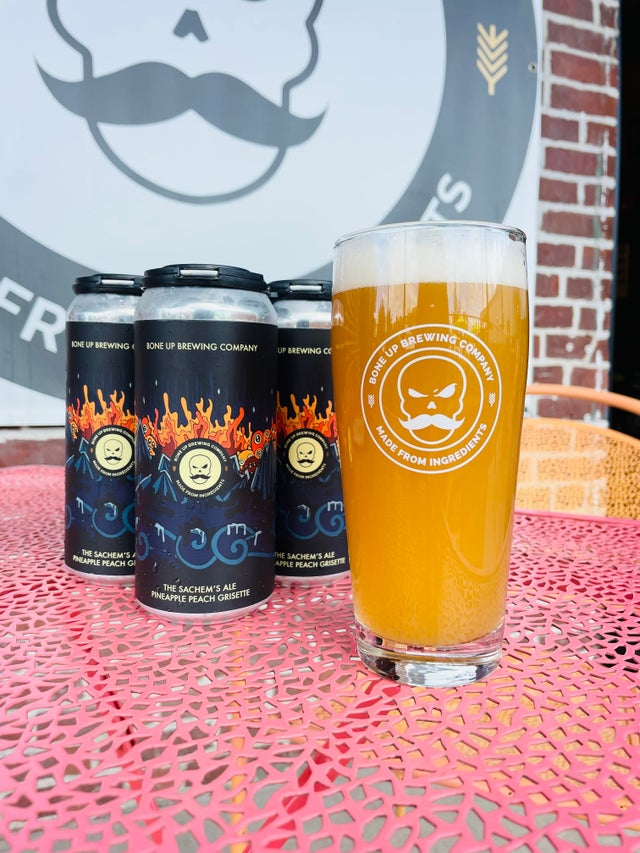 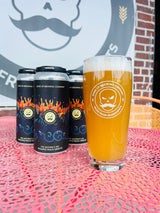 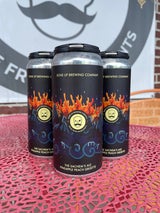 This beer was brewed in collaboration with our new pals from the band Dzö-nga! We know them because they dropped off a CD at the bar and said something to the general effect of "we heard you guys like to make band beers, maybe you might want to make a beer for us perhaps?" (that's not a direct quote - we heard about this whole thing an hour later, despite the fact that we were like 30 feet away when it happened) Anyway, we jumped at the chance because their music is rad (and in general we wholeheartedly support this practice) so we brewed up this light 'n bright lil' grisette and crammed it full of a buncha tasty fruits and now you get to have some!