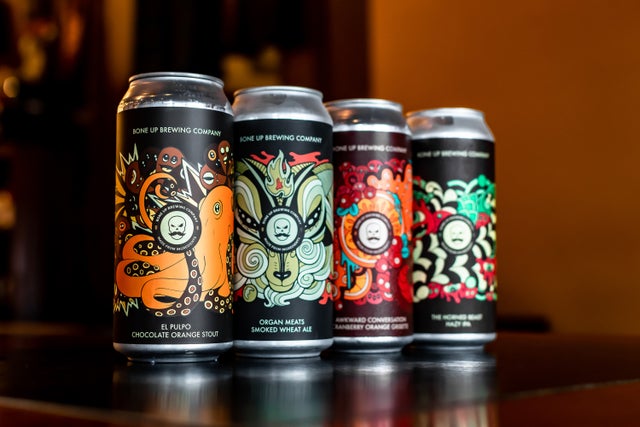 We spent a while trying to think up Thanksgiving and/or general end-of-year holiday beer themes and we were comin' with nothin' short of bupkis until we realized that we needed to look towards the true meaning of The Holiday Season: putting on uncomfortable clothes and forcing yourself to make small talk with a bunch of people that you see once a year!

And since beer is the perfect thing to fill the (many, many) awkward silences you'll get to endure, we brewed up a special series of beers for you to enjoy individually or as a part of our Holiday Mix Pack - available now!