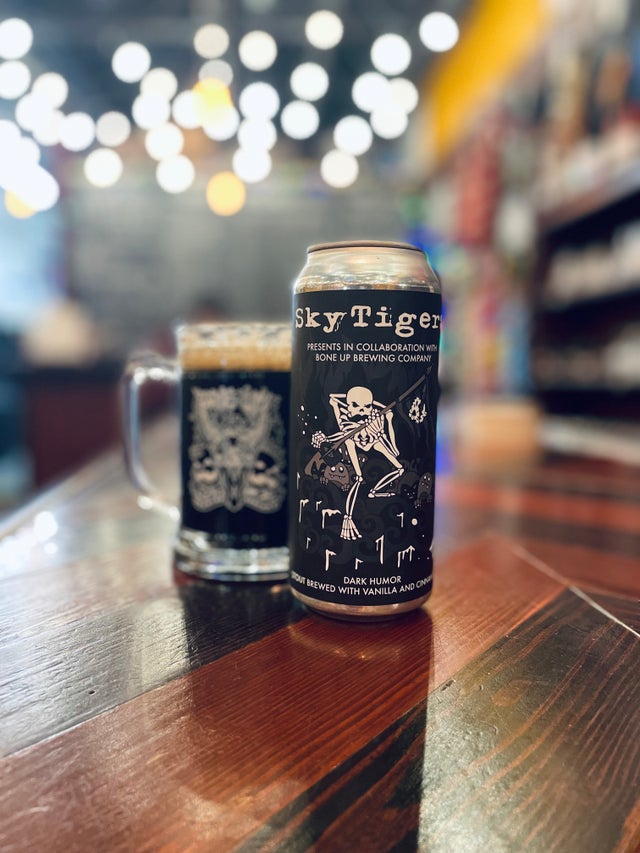 We first met our new pals from SkyTigers when they played at our anniversary party (long story) and damn do they put on a fine show! But since they were a bit "last minute" on the roster, we didn't get the chance to brew a beer for their set and we aim to fix that! We wanted a big ol' brooding beast of a beer to match the heaviness of their sound and the darkness of their subject matter and, because they're SkyTigers, they wanted us to toss in a pinch of vanilla and a sprinkle of cinnamon and dang but if it don't hit the spot!