Brewers' Notes: Originally formed in Boston, MA, Wilderun is a band focusing on a variety of progressive, folk & symphonic metal. 2022 marks their 10-year anniversary, and we are commemorating this special occasion with their very first beer!
Wilderun’s debut album, “Olden Tales & Deathly Trails,” remains their most folky and bright album to this day, and we have collaborated with the band to brew a beer reflecting that spirit. Just as the album blends elements of European epic metal with an Americana-tinged folk influence, this Belgian-style strong ale is brewed with all-American hops - the perfect beverage to pair with the music! 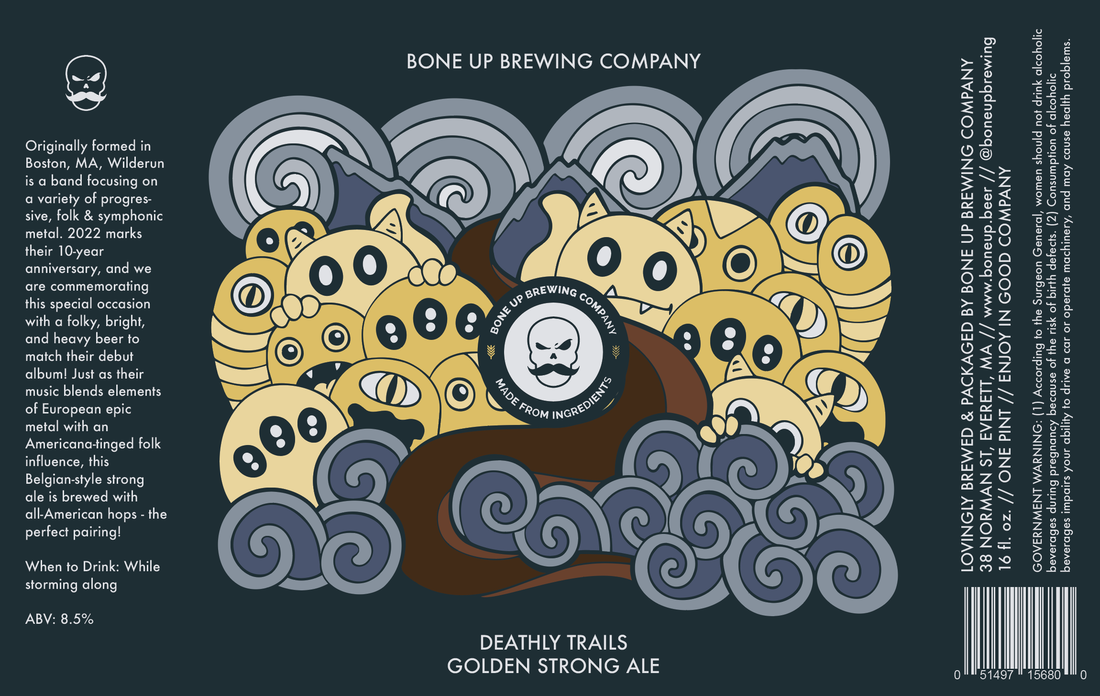