Beer Name: Shut Up Kelly!
Style: Robust Porter
ABV: 6.3%
IBU: 32
Color: Inky blackness so deep it threatens to consume you, tinged with taupe at the edges.

Brewer's Notes:
Liz and Jared used to work with a girl named Kelly who didn't like dark beer until she tried this one, and then she wouldn't shut up about it! This beer takes its inspiration from two sources: firstly, there are too many people out there who shy away from dark beer because it's "too heavy" or something like that, and we think that's a buncha bushwah! Secondly, there aren't enough regular-ass porters in the world these days, and we aims to fix that! This beer is comfortingly rich and smooth with notes of chocolate and roast, reminiscent of a fine port or one of those $8 chocolate bars. A hug in a glass!

Note: Kelly does not work for us, nor has she ever. And no, you're not the first one who's thought to ask any/all of our female bar staff if they're Kelly. 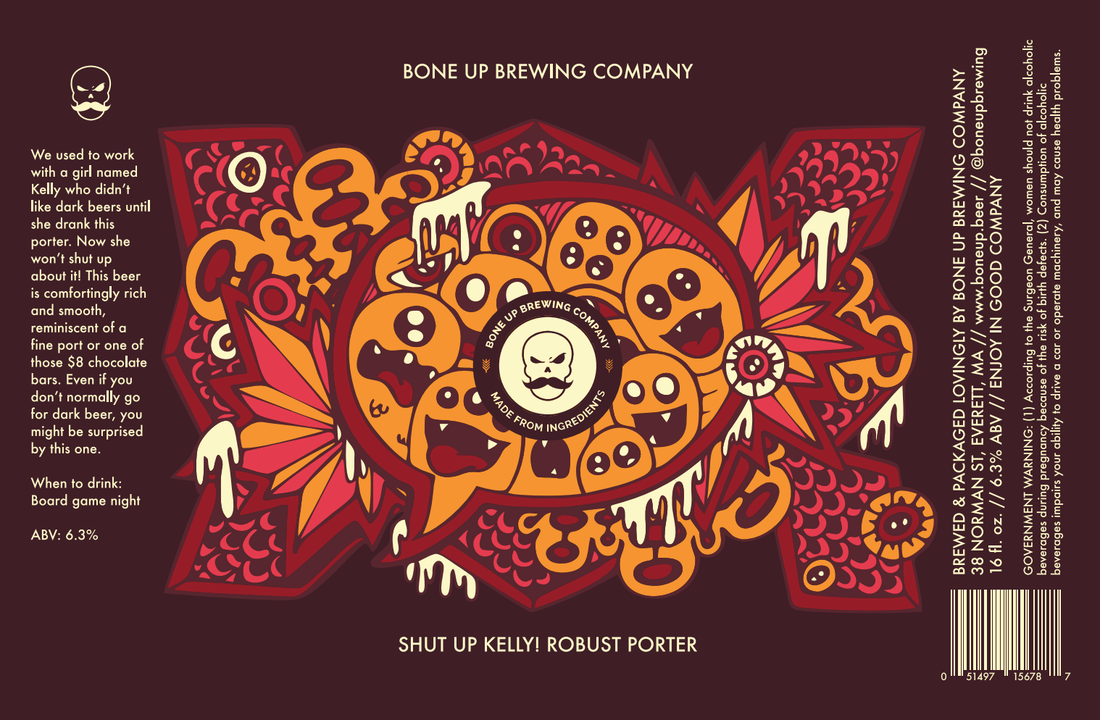