Beer Name: No Light Ever
Style: Imperial Stout
ABV: 8.8%
Color: The beer is named "No Light Ever," what color do you think it's gonna be?

Brewer's Notes: When we set out to brew a collab beer with the band Glacier (in honor of their album No Light Ever), they told us that the album was primarily made as a sacrifice to the Riff Lord. And despite what you may have heard, there are other ways to appease the Riff Lord; one of which is a beer of substantial depth and darkness. In order to summon him and seize his dark strength, we plumbed the abyss of our souls to conjure up this viscous black concoction. Drink up, and you too may feel the power of the Riff Lord coursing through your veins. 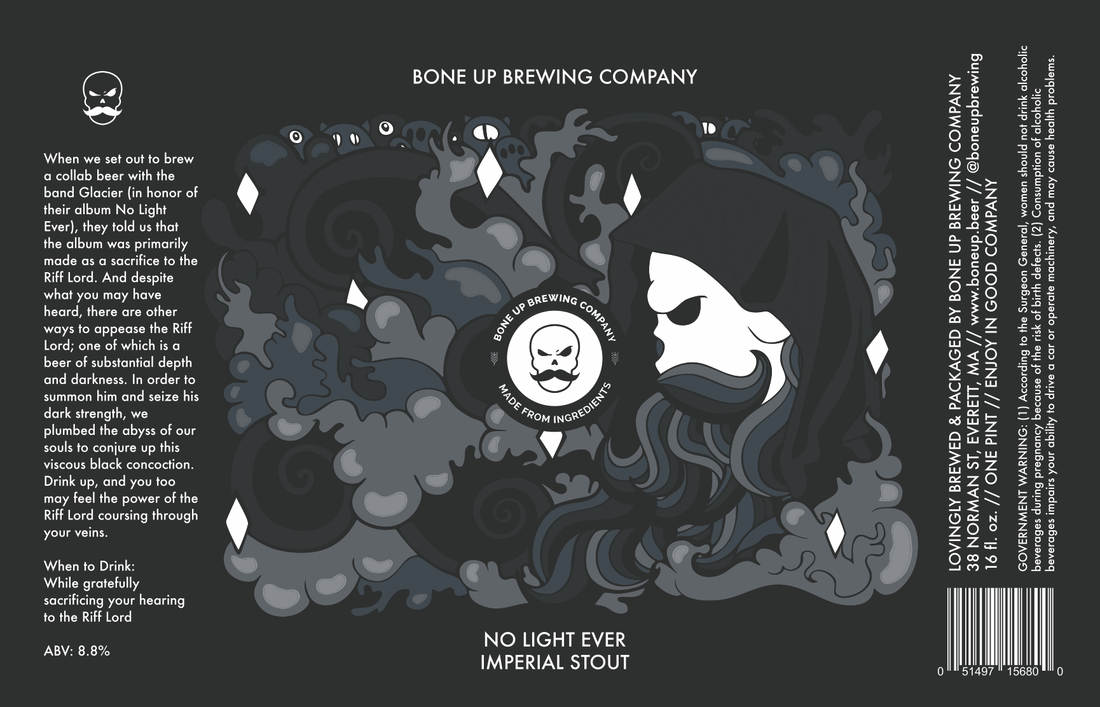