Beer Name: Ozzy
Style: Caramel Porter
ABV: 5.3%
Color: In the liminal space between brown and black (I don't know what a "liminal space" is)

Brewers' Notes: We made this tasty lil' beverage in honor of a cute lil' pup named Ozzy! Those of you who know us know that our dog beers are almost always "in memoriam" beers, but once we met the Prince of Darkness (as Ozzy is known to his friends) we couldn't resist (and it doesn't hurt that he was one of the winners of our dog costume contest a little ways back)! Anyway, we brewed up an easygoing caramel-sweet little porter for this sweet lil' guy and we daresay it suits him! 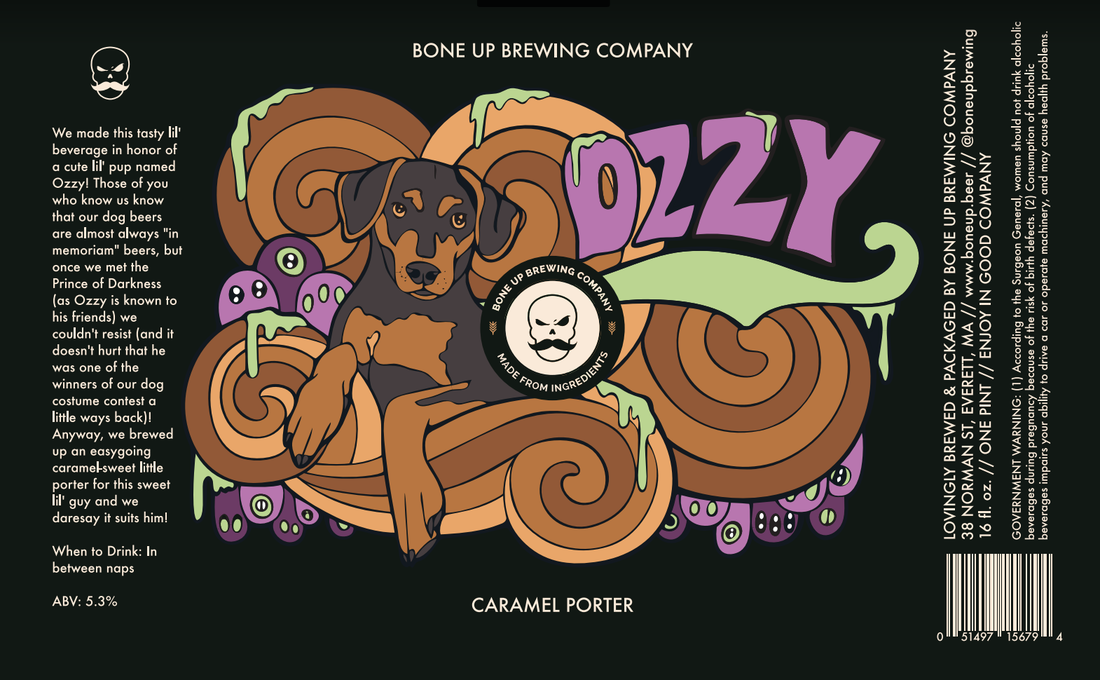 From Ozzy's Owners: Ozzy is the floppiest, snuggliest pup to ever be. While we were initially in between names, Walter and Ozzy, he was truly the prince of darkness the first few days after we picked him up leading us to choose Ozzy as a name. After the first week, he’s been a dreamboat. His favorite activities include sleeping, sleeping more, cheese sticks, attempting to get our cat Pickle Petey Pablo to play, and running around the dog park with his Somerville crew. When we go on walks, if someone doesn’t stop to pet him or tell him how cute he is he will look back at us incredulously like “did they not see me? What gives?”. He’s become a local celebrity around our neighborhood and is a fan favorite over at Bow Market so if you ever see him around be sure to stop and give him some love.